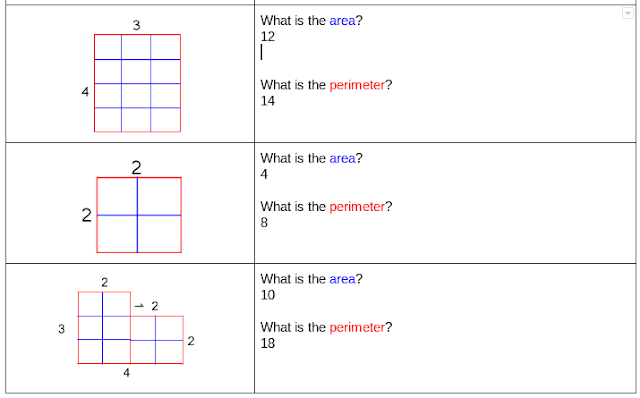 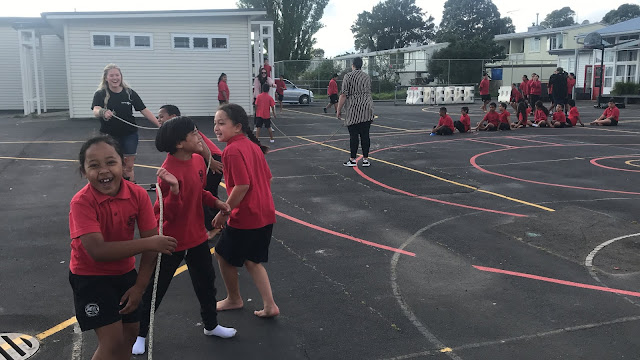 With the sun shining, Mr Moran said " Today we are going to go outside and do some  skipping and some relays." He also said that we had to line up outside very quietly so we could get some points. So we all lined up outside and did it without any noise. Unfortunately Hikianalia got the 10 points.


A few minutes later we got to the court. Mr Moran explained the rules to us and this is what he said "One team is going to do skipping with Miss Shanaia, Miss Duder, Miss King and Miss Scanlan. While the other 3 teams do relays with me. The team that is going to skipping is going to be Hinemoana. Now these are the rules. The first person in the line gets up and picks the skipping rope up, hops 2 times on the sipping rope, skip to the very end of the cones, skip 5 time and run back with the skipping rope." "Are you ready?!" Mr Moran shouted. "Yes!" The other teams exclaimed. ( I heard Mr Moran say it.)

The relays started and they were off. So we started skipping. We girls were with Miss King and Miss Scanlan. When it was my turn I was so excited. I was so relieved when I was finished because I did 17 jumps and it was exhausting. About 10 minutes later we started to do several people at the same time. The farest that I got up to was 4 people. Mr Moran exclaimed " swap over!" We swapped over with one team, but I can't remember witch one.


Our team competed with the other teams and it was thrilling to watch. When it was my turn I went as fast as I could that I nearly tripped over. The relays were so breath taking, but it was exotic. Team after team we swapped over until every team had a go at skipping.


The finals of the relays had finally come an it was so exciting. Our teams had to pick one boy and one girl. I was one of those girls and I was very nervous. We had to do the same thing that we had to do at the start of the relays. Mr Moran yelled "the team that chears the loudest will get 100 points!" I stood up and did my best because my team was chearing so loud for me. At the end of the finals my team got the points  and I was so happy. It was such a treat.
Posted by Kiarah at 10:16 No comments: 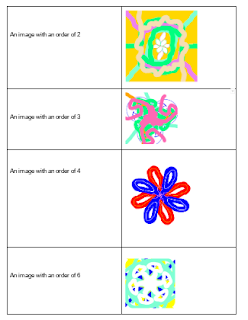 Email ThisBlogThis!Share to TwitterShare to FacebookShare to Pinterest
Labels: math 2018 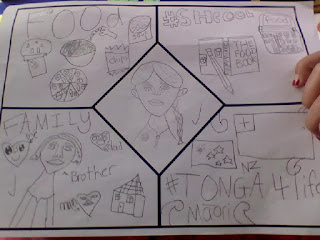 Malo’ Lelei and Kia’ ora my name is Kiarah. I go to Pt England school and this is my visual mihi. These things that I will be talking about are very important and special to me.

Family! The most important, special and delicate thing well people in my life are my family. My family is something that is apart of me because they are just so important to me. Plus they have been there for me my whole life.

My culture is so special because I was born with it. It is such a big part of my life. I love my culture because I get to eat crab and it is delicious.


Education is so important to me because when I grow up I want to have a good job.


Food is special to me because it tastes so good and it is just good.


So that's about me hope you enjoyed.
Posted by Kiarah at 10:28 No comments:

today we went to the dairy

Today we went to the dairy for a walk. By we I mean my mum, brother and I. All of us got ready for the walk, we put our jackets on, our socks and shoes and the most fun part was that we got to bring our scooters. Beginning the walk I looked to the side and saw a weird car, at that moment I was super curious what that car was for. So I looked closely and realised that it was just an old rusty car. Once we got to the shop my mum said that we could get something. I chose a packet of chips and it was a small one and my brother chose a packet of gummy bears.

When we finished paying we all went outside and scooted our way home. Always remember that it is good to walk and get out of the house.
Posted by Kiarah at 17:19 No comments:

Email ThisBlogThis!Share to TwitterShare to FacebookShare to Pinterest
Labels: 2018 writing

It was a bright and beautiful Monday morning as I yawned while eating my breakfast. I was so excited that morning because we were going to Morinsville! Once I finished my breakfast I got up and went to my room so I could get my suitcase, I went outside and put it in the car. Me and my brother bolted towards the trampoline and leaped up so we could get in the trampoline. My brother and I jumped up and down until we lost our breath. I slowly jumped off the trampoline and went inside to do some things before we started to go on our road trip. When we finally  finished packing we all hopped in the car and started driving. Exhausted we finally got on the South Motorway, seconds later we realised that we had like 1 or 2 more hours to go so we got comfortable and started our journey. You could even tell that the car was even exhausted that it was so badly hot. Thirty minutes to go and we have already made 3 toilet stops,2 food stops and 4  gas stops ! At last we got to my nanas house I call her bama mini because her dogs name is mini and I’ve always called my nanas bama. I was so excited to finally get to see her and her dog I love her dog so much, guess what? She is 105 in dog years. When we finished unpacking our stuff for the night we got to have dinner because we got there at night time.   When we finished our dinner we went straight to bed because we were so tired.

In the morning we went for a morning ride on our scooters to a college. It was so fun and fun that is all you can say. When we got back from the ride we had some lunch before we went home. We had sconces and they were delicious like cake. I was so gutted that we had to go, but I was glad that we visited her because I missed her so much. After we said our goodbyes  we went home.
Posted by Kiarah at 18:42 No comments: